This is the seventh edition of the Saint-Barth Gourmet Festival 2020!

1,2,3 ready? Eat up! From November 11th to 15th, this event will delight your taste buds as much as your pupils, the Art of the good and the beautiful. This is the seventh edition of the Saint-Barth Gourmet Festival 2020! 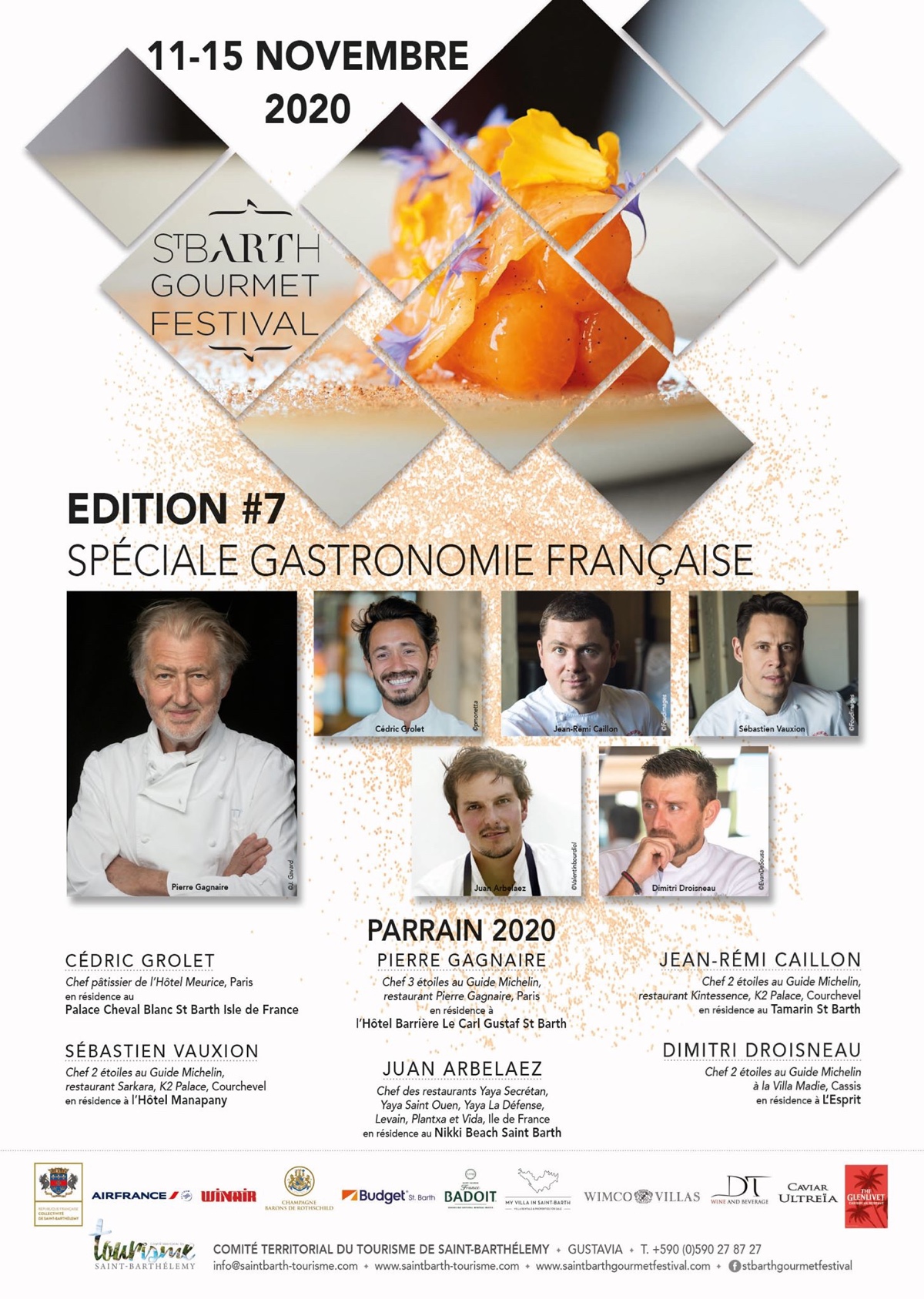 The casting of the Guest Chefs is fabulous. Six renowned Chefs will be honored in four hotels and three restaurants in St. Barths. They will delight the fine connoisseurs of our beautiful French gastronomy. This St Barth GOURMET FESTIVAL  2020 edition will be great!

At the hotel level, Marcel Ravin, born in Martinique, proposes a mixed race cuisine, inspired and audacious. He is Chef with one star in the Michelin Guide of the Monte-Carlo Bay Hotel in Monaco (Monte-Carlo Société des Bains-de-Mer). You will discover him at the Hotel Le Sereno.

Dare the kitchen of Sébastien Vauxion, who will highlight his culinary concept. He is the only Chef in the world in the Michelin Guide to have two stars, offering a sweet experience from the beginning to the end of the meal. Today, he officiates in the kitchens of the Sarkara restaurant at K2 in Courchevel. He will be present at the Hotel Manapany.

Cédric Grolet, the new star of French pastry, surprises us with his creations, each one more surprising and tempting than the other, such as the apple pie in the shape of a whirlpool where the pieces are perfectly symmetrical and aesthetic. It is fruity, gourmet and artistic. Currently, he is Pastry Chef at the famous Parisian palace Le Meurice, Alain Ducasse's double star restaurant. You will discover him at the Hotel Cheval Blanc St-Barth Isle de France.

We no longer present Pierre Gagnaire, a three-star chef in the Michelin Guide who owns his own restaurant in Paris. At the beginning of the 2000s, he acquired a notoriety that will allow him to extend his activities internationally. Today, we find his many brands with his name: Tokyo, Dubai, Seoul, Las Vegas, Moscow, Berlin and London. He is also a Knight of the Legion of Honor and Commander of Arts and Letters, and is recognized by the public and the profession for his formidable inventiveness and meticulous presentation of his dishes. This year, he will be a sponsor and you will also see him at the Barrière Hotel Le Carl Gustaf.

As far as restaurants are concerned, Dimitri Droisneau comes from a modest family. He has worked at the Tour d'Argent in Calude Terrail, the Lucas Carton with Alain Senderens, Bernard Pacaud's Ambroisie, the Bristol, the Eden Roc in Saint-Barthélémy... Today, he is a two-star chef in the Michelin Guide at the Villa Madie in Cassis, his cuisine illustrates his deep-rooted nature. You will discover him at the restaurant L'esprit in Saline.

The Colombian Chef Juan Arbelaez started from scratch when he arrived in Paris, he proved himself little by little and seized all the opportunities available to him. After participating in the Top Chef show on M6 in 2012, he was a real media springboard. Since then, he has come a long way. He owns several restaurants, Le Plantxa and Le Levain in Boulogne-Billancourt, Le Vida and Yaya Halle Secrétan in the capital. He is in couple with the Miss France, Laury Thilleman, they often share their travels on their Instagram accounts and between the two of them they count more than a million followers, it will be for sure a real publicity coup for our festival. They will be present at the Nikki Beach.  Le Tamarin Restaurant.

Jean-Rémi Caillon, the two-star Chef in the Michelin Guide grew up in Roanne, in a family where cooking was neither better nor worse than elsewhere, the table gathered around conviviality. In the genealogy, there was nevertheless a grandfather baker and an uncle cook. He gained experience with Philippe Rochat at the Town Hall in Crissier, and Philippe Labbé at La Chèvre d'or, in Eze for three years and then in Paris at the Shangri-La for a year. Thanks to the sharp eye of Jean-Alain Baccon, co-director of the K2 Collections, the authenticity of the Chef was noticed. He became Assistant Chef at Kintessence in 2011, then Captain of Gastronomic Experiences at the Kintessence K2 Palace restaurant in Courchevel. Since 2015, he has been delivering high-flying contemporary French cuisine, naturally inspired by his alpine environment but also sublimated by his personal convictions. You will discover it at Tourist Office

As you can see, this edition will be superb and it is imperative to discover each of these talented and well-known Chefs. Let us thank them for their visits to Saint Barths. It is also important to thank all the partners and sponsors for the organization of this event. , the Community, Air France, hotels, My Villa in Saint-Barth Villa Rentals , Real estate agencies, suppliers etc....

We wish you an excellent and unforgettable tasting! 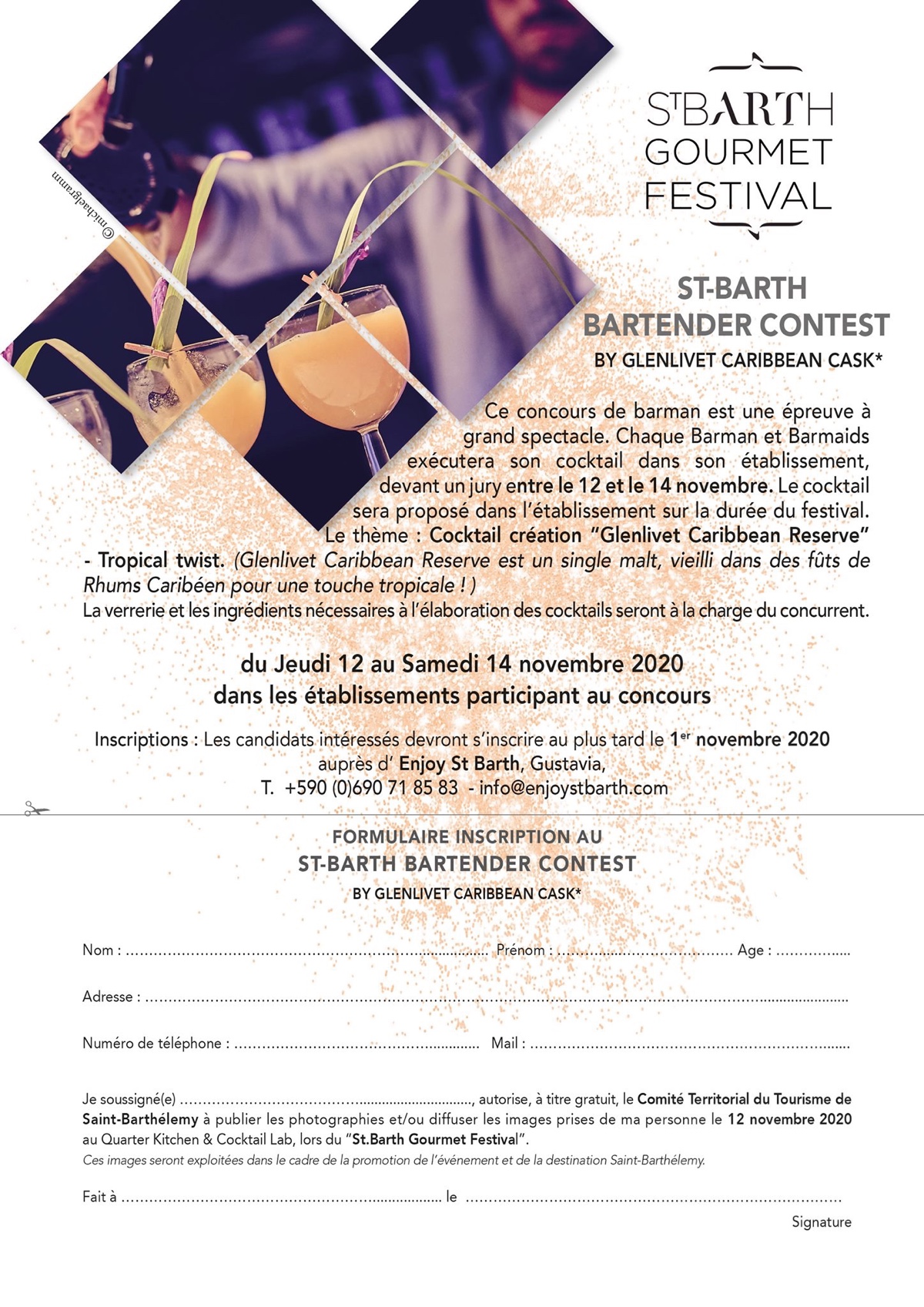 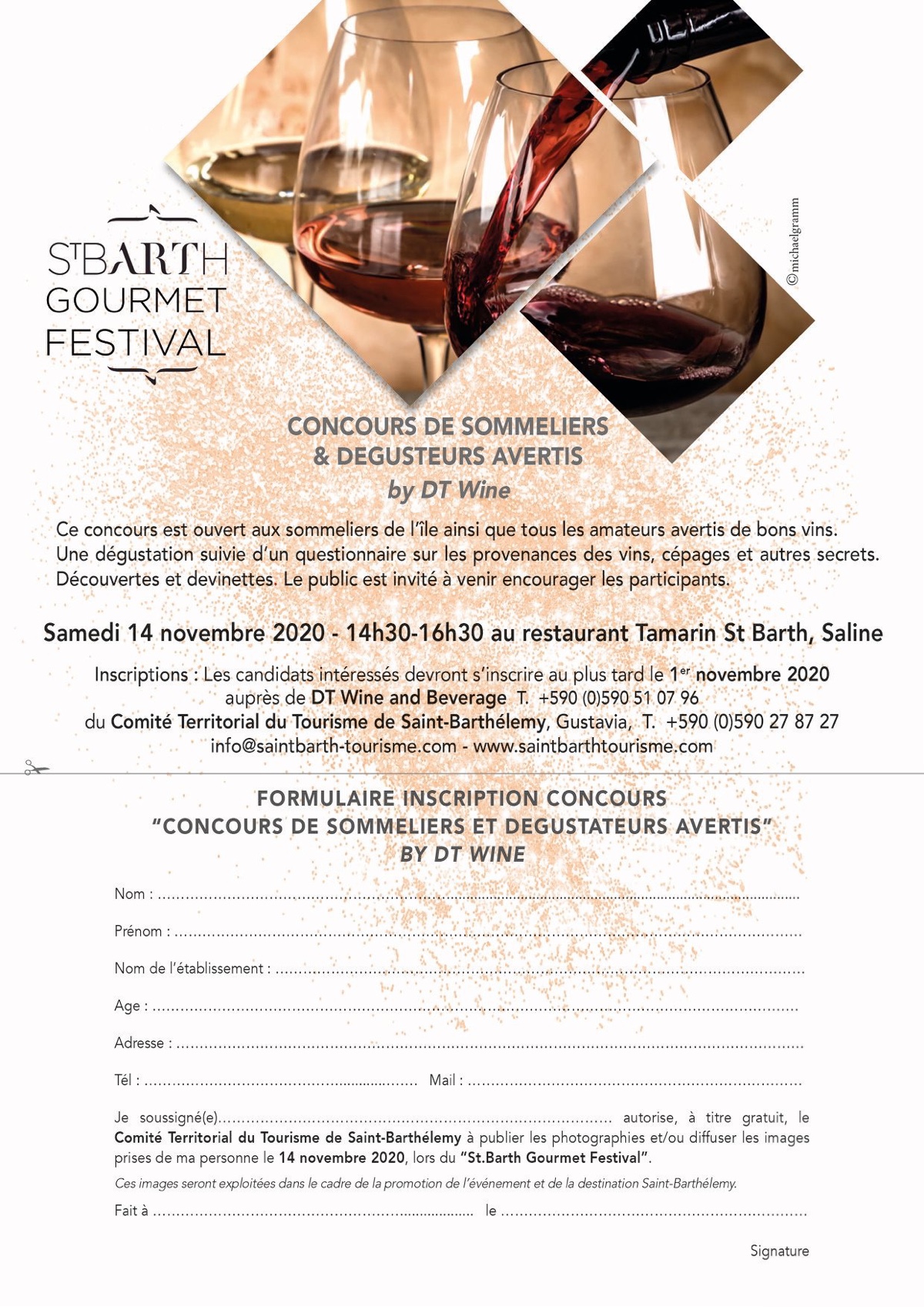 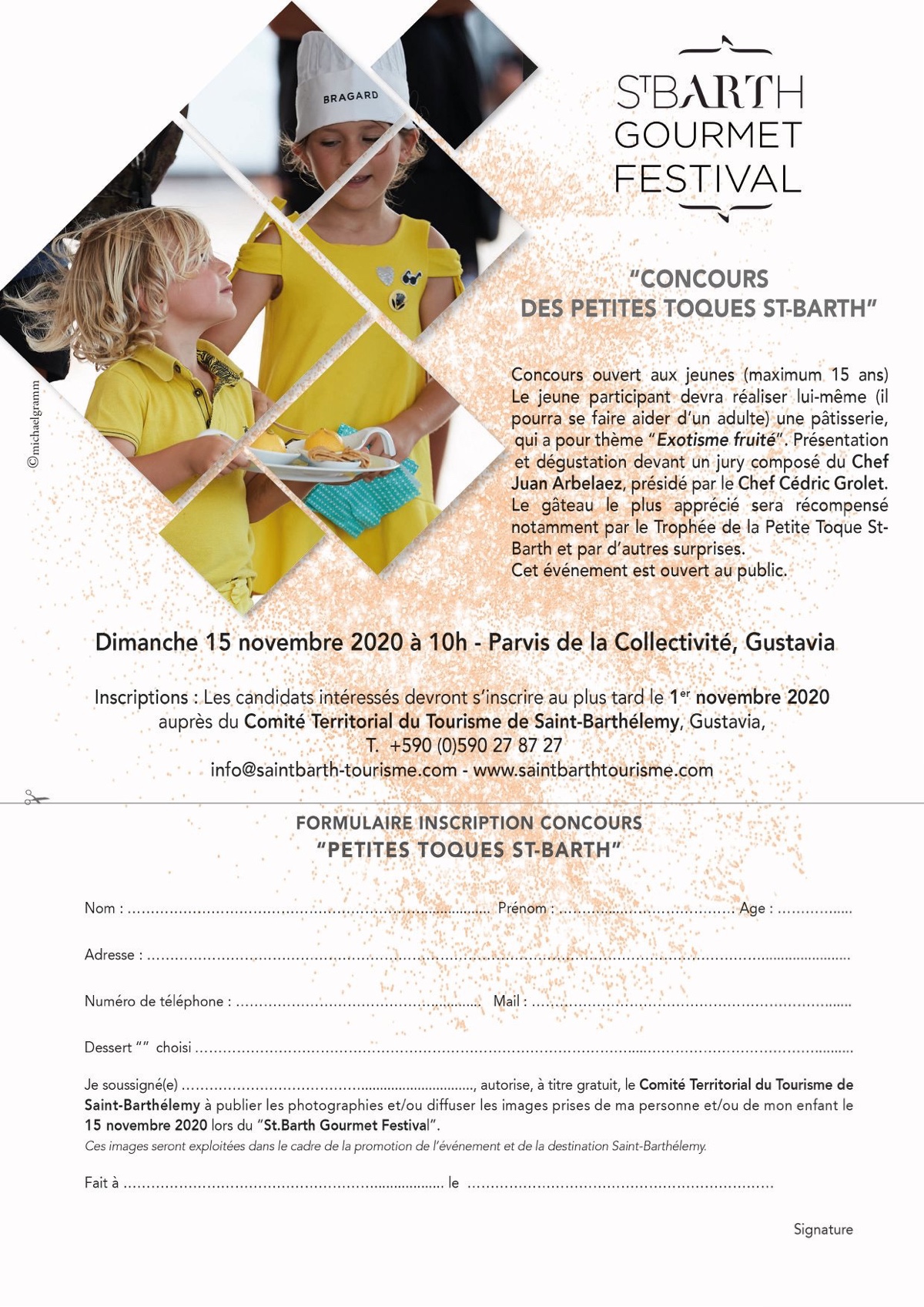 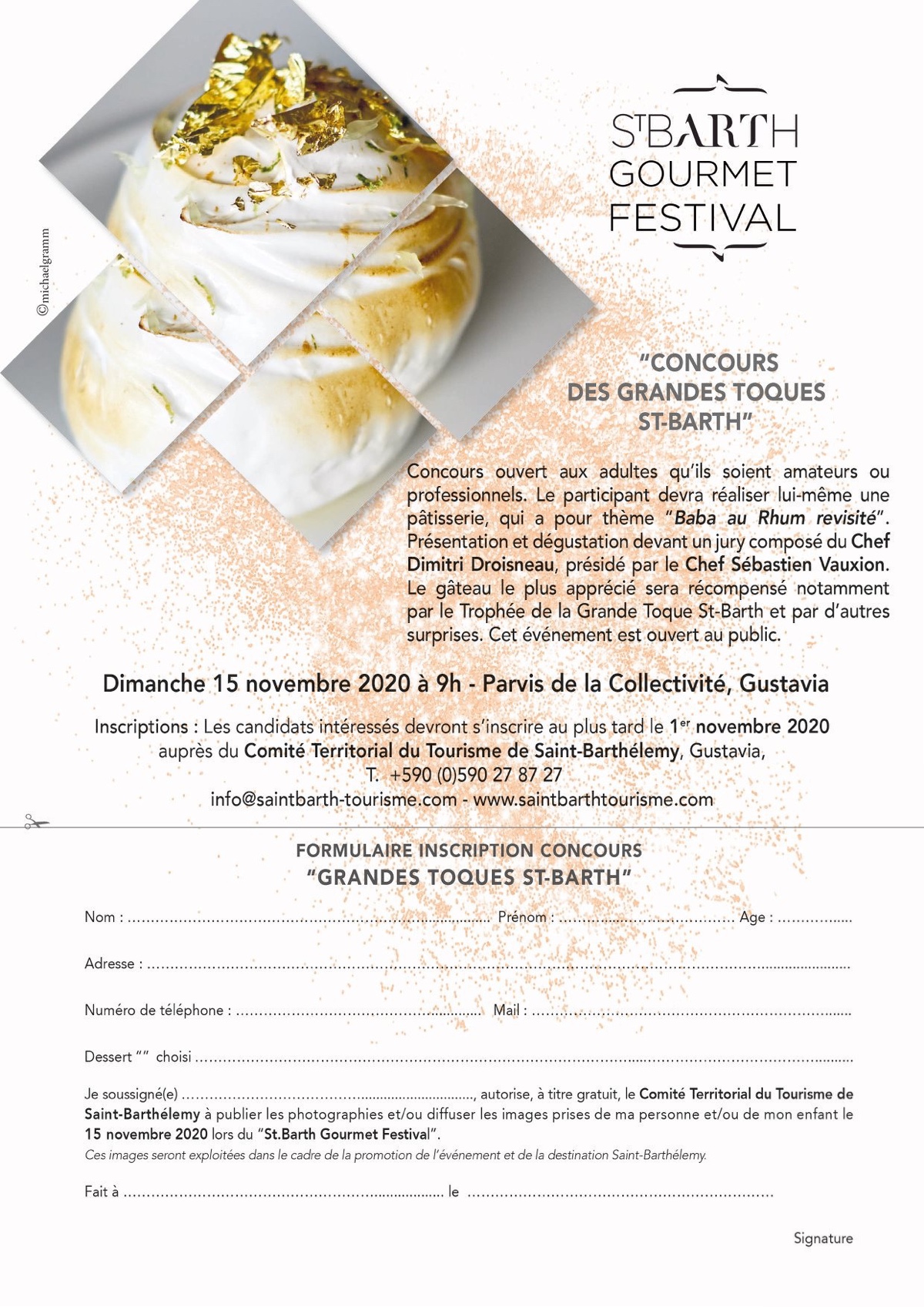 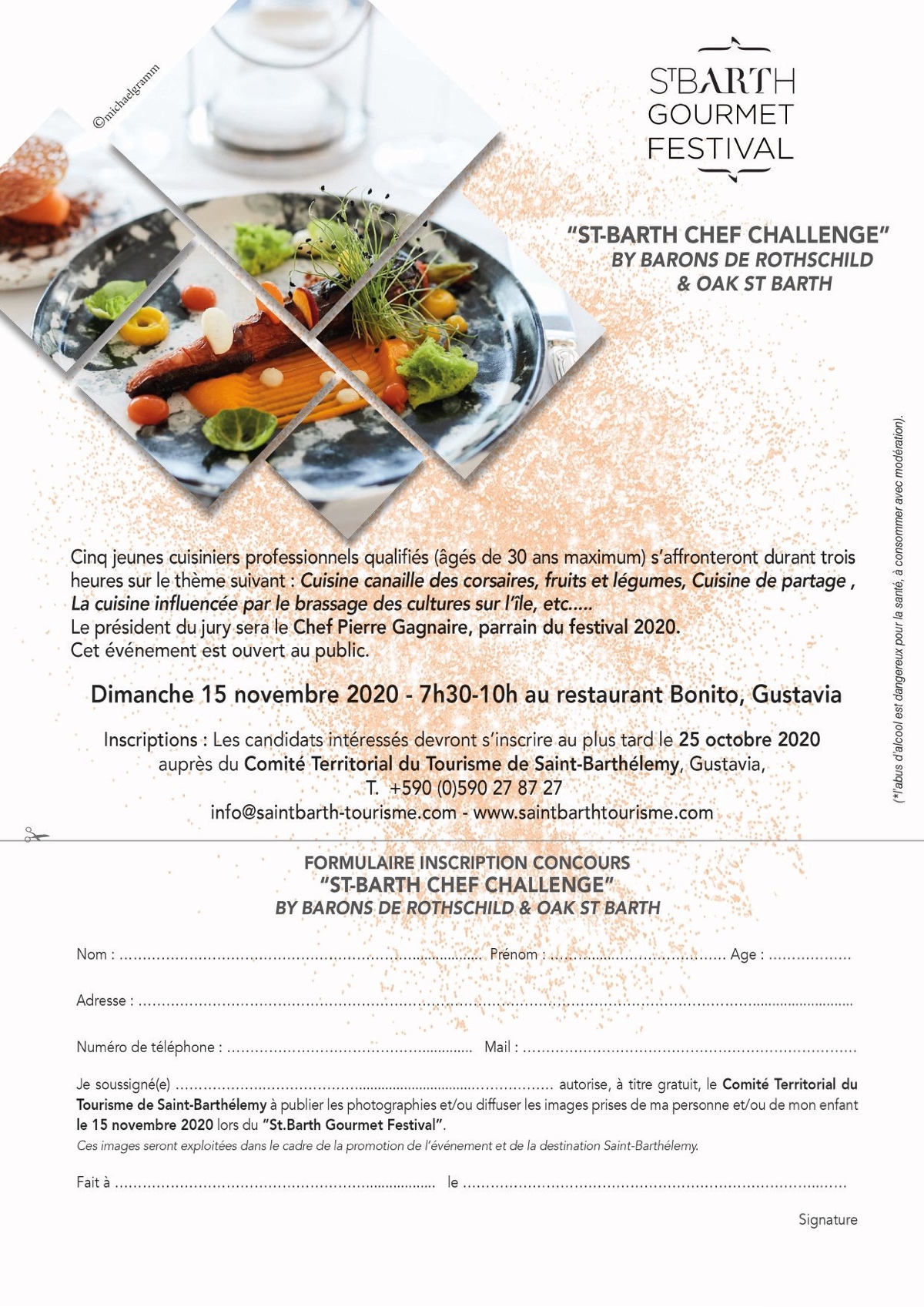 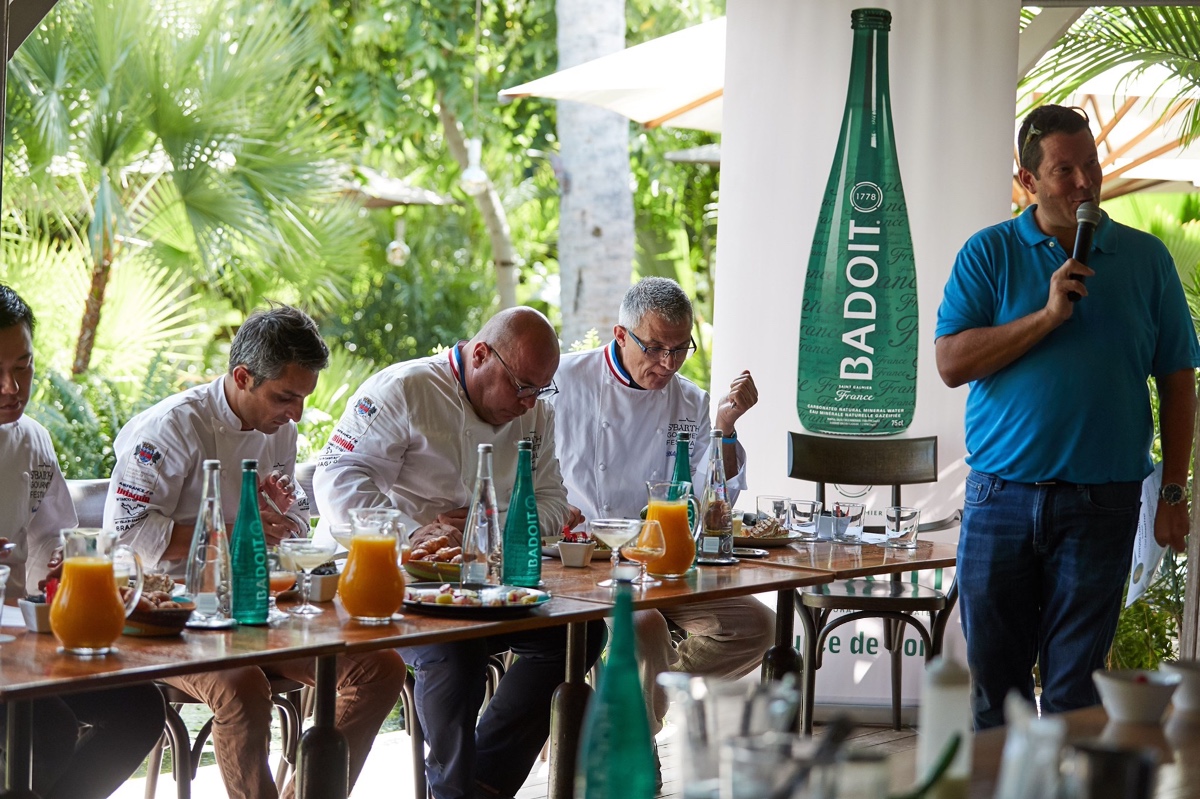 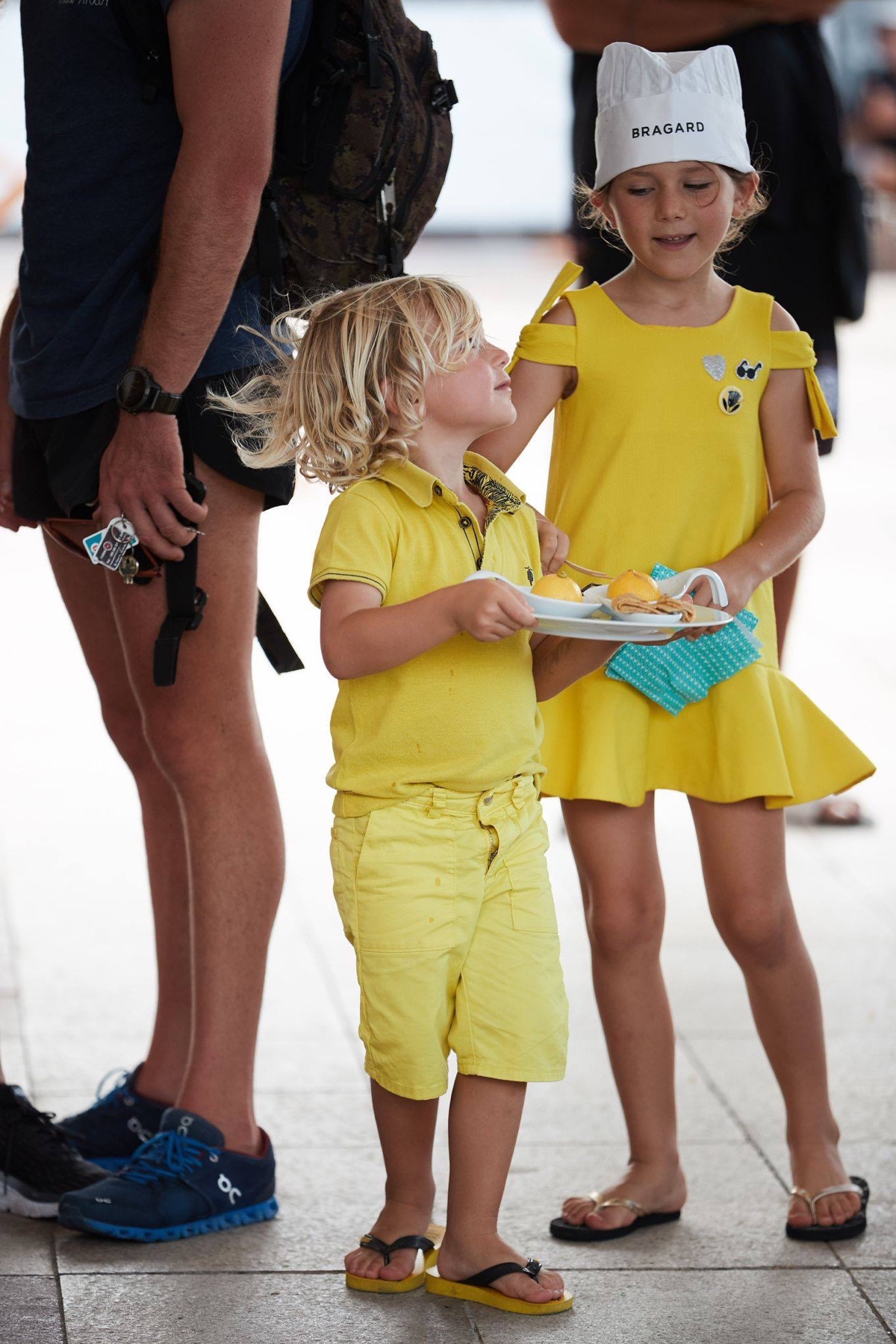