David Mouton took over the reins

A beautiful view of the Caribbean Sea, a little breath of fresh air, silence interspersed with birdsong. Moments of happiness in beautiful appetizing plates and art on the wall. Without a doubt, you are in Santa-Fe.

At the age of thirty, David arrives in Saint-Barth and starts as a delivery driver for the Choisy bakery. This position allows him to meet many chefs, as he delivers to the island's hotels and restaurants. Sometimes, he works extra hours in different restaurants and befriends some chefs and restaurant managers. One thing leading to another, he became a waiter and then room manager at the Santa-Fe, one of the oldest restaurants in Saint-Barth, much appreciated for its extraordinary setting and authenticity. Then, he moved on to the Sereno as maître d'hôtel! But his career didn't stop there. While he was quietly drinking a coffee at DoBrazil, he met the owner who offered him a job. He starts as a waiter and some time later, of course, he takes over the management of the restaurant which he will run for almost ten years! The DoBrazil changes owner and David changes sign. He interspersed two years at the very "select" Nikki Beach as head chef. 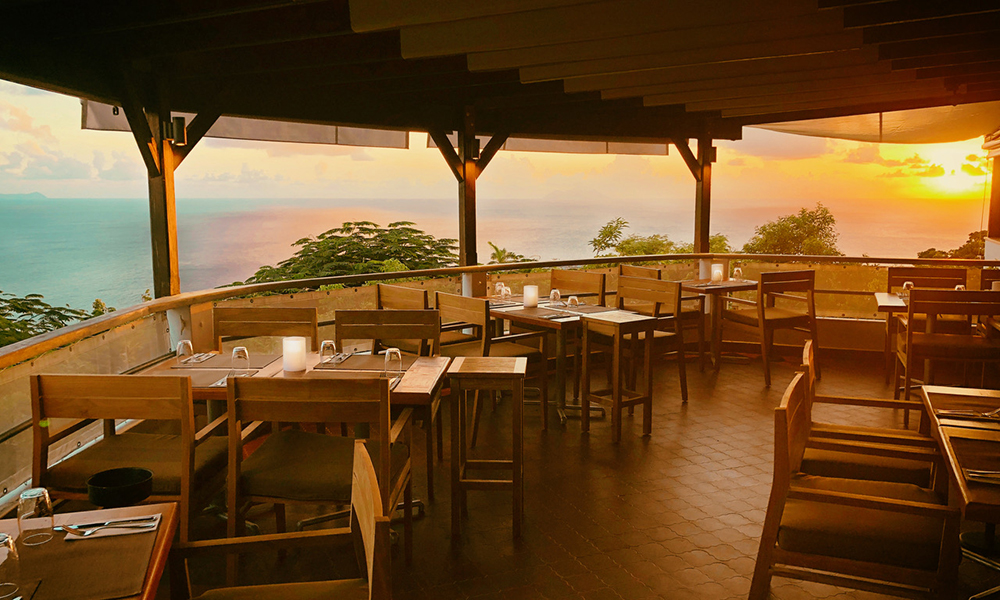 After more than fifteen years of working for others, he finally has the opportunity to become self-employed. Chance or coincidence, it is the former manager and the owners of Santa-Fe who ask him if he would agree to take over the management of their establishment. It's a return to his roots for him. He accepts without discussion and immediately gets down to work.
It is a friendly and family restaurant that has managed to remain on a human scale and we come here above all to do ourselves good! To be at Santa-Fe, is to disconnect temporarily in a place that would be at the same time, at the sea, in the countryside and in the mountains. If David particularly wanted to take back the Santa-Fe, it's simply because the place is magic and that he has the particularity to be far from everything ! When you drive past it, you don't suspect for a second that it has two terraces with a breathtaking view of the sea. Authenticity and simplicity combined in a natural setting, it is for these same reasons that David did not hesitate for a single moment to embark on this beautiful adventure. So, as far as the menu is concerned, we leave you the first discovery! But, to whet your appetite, know that one of the must of Santa-Fe is "homemade octopus, blanched and grilled with a little Espelette chilli pepper"! (free version) 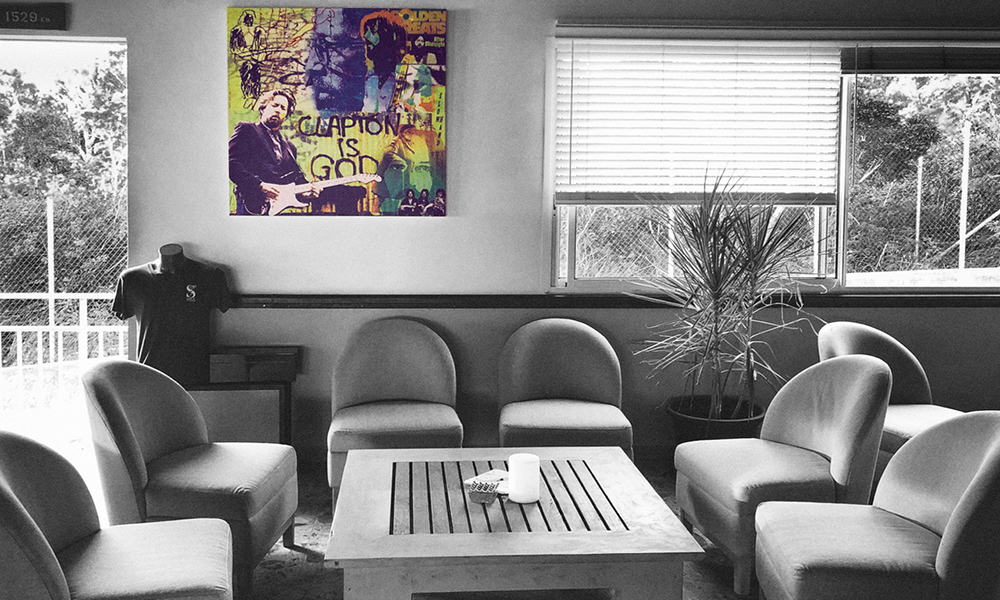 And if you're wondering whose paintings you can see on the Santa Fe wall... well, Olivia Lerolle is the creator of these. We told you about her last week in our article about her. We invite you to read it or reread it. If you'd like to reserve a table at the Santa-Fe, contact us, we'll be happy to arrange it for you.